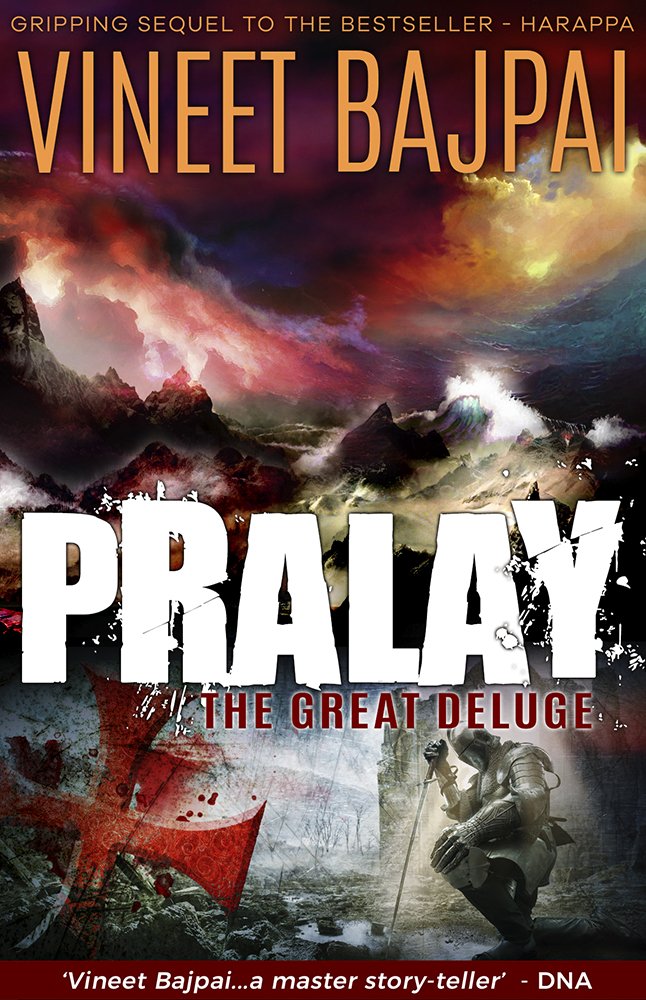 “Even death is afraid of the White Mask…”
1700 BCE, Harappa – The devta of Harappa has fallen…tortured and condemned to the dungeons of the dead. His murdered wife’s pious blood falls on the sands of the metropolis, sealing the black fate of Harappa…forever.

2017, Banaras – A master assassin bites into cyanide, but not before pronouncing the arrival of an unstoppable, dark force. A maha-taantric offers a chilling sacrifice.

1700 BCE, East of Harappa – A mystical fish-man proclaims the onset of Pralay – the extinction of mankind. The Blood River rises to avenge her divine sons.

What happens to the devta of Harappa? Is Vidyut truly the prophesied saviour? Who are the veiled overlords behind the sinister World Order? What was the macabre blueprint of the mysterious emperor at Bithynian City? Turn the pages to unravel one of the world’s greatest conspiracies and the haunting story of a lost, ancient civilization.”